8 Things to do in Paris with Kids this Christmas | MumAbroad 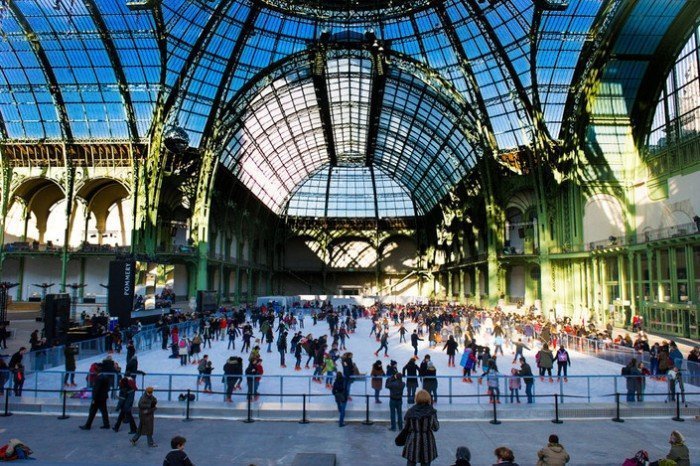 Called patinoires in French, the ice-skating options in the city are pretty extensive given that the French love to do this around Christmas . The Ice Rink at the Grand Palais is an essential Christmas in Paris moment. The building itself is exquisite with its beautiful glass top roof. The location set by the Seine and opposite the Petite Palais is equally stunning, providing the perfect backdrop for a wonderful Parisian moment. It is the largest temporary rink in France and promises to provide a memorable moment for you and your family. Word of warning, it will be busy, so get your tickets in advance or try and get there super early.
From December 14 until January 2.

Not for the faint-hearted or for vertigo sufferers but if you want panoramic views of the city whilst you glide across the ice then the ice rink at the Eiffel Tower is the perfect choice. If you can, try and buy your tickets online to avoid queues!

The perfect way to get into the Christmas spirit in Paris is to explore the plethora of markets around the city. If you haven’t begun this French tradition yet, get to it! You’ll discover great gifts, foods and experiences in some of the prettiest spaces in Paris and be totally immersed in the season’s festivities. 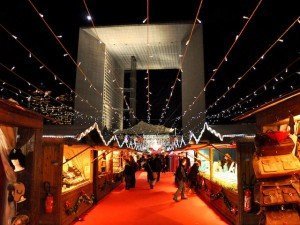 Until December 27 the Christmas Market will be in full swing at La Defense and many describe it as the largest and most beautiful Christmas market in Ile de France. There are 300 wooden chalets bursting with gift ideas, food, music, a decorations village and loads more. Santa is ready to receive the kids too on Wednesdays 12 to 5pm and Thursdays and Fridays 12 to 3pm. The market is open from 11am until 8:30pm. On Saturdays, it opens at 10am. Metro Ligne 1.

Other markets not be be missed are the market at the Champs Elysées – the most famous street in the city is currently flanked by the most stunning illuminations and packed with 180 chalets, the market at Notre Dam – a small market packed with arts and crafts, local and regional gourmet products, flanked by one of the most beautiful buildings in the world and the market at St Germain – probably one of the smallest in Paris but quaint and traditional in the 6th district just by the church. 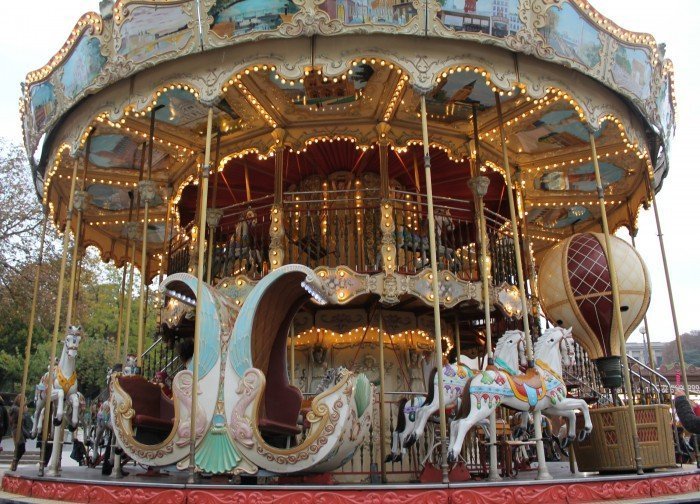 Even out of Santa season there are plenty of carousels to be found in Paris but the city goes into overdrive in the holiday season and children can often ride for free. Find them all over Paris from December 19 until January 3. 11am until 9pm. Fun, fun, fun for kids. 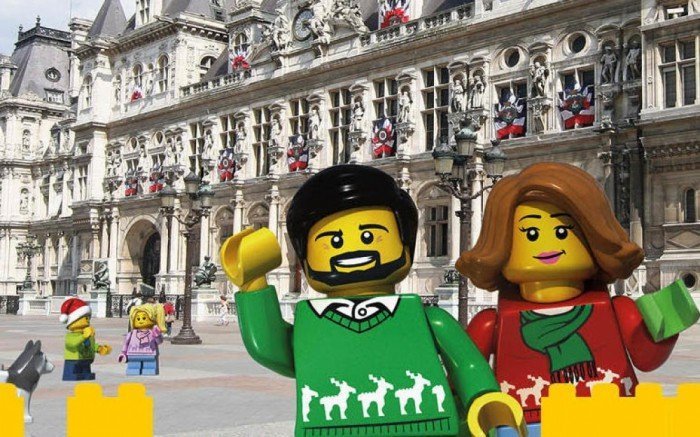 Build Lego at the City Hall this Christmas in Paris, from 2 to 30 December. Children and adults are invited to rediscover Paris through famous sites built out of Lego, as well as getting the chance to recreate the city too. Hotel de Ville is always such a beautiful place to visit and this is a brilliant reason to take the kids.

5. In Memory of Rosa Parks 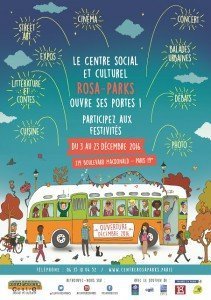 For 20 days during December you and your family can enjoy day upon day of free activities in the 19th district of Paris. Why? In celebration of the opening of the Rosa Parks Social and Cultural Centre. You and the kids can participate in workshops and see many events from December 3 onwards without spending a dime. There will be photo sessions, cooking classes and so much more to get involved with.
contact@centrerosaparks.paris
06 35 18 04 52
219 boulevard Macdonald, Paris 19e
http://collectif-fcspa.blogspot.com.es

See the lights on the Champs Elysèes this Christmas in Paris, to completely absorb yourself in the twinkling lights of a Parisian Noël. Take the opportunity to climb up the steps of the Arc du Triomphe and take in the glorious view from way up high. It’s an exhausting ascent but you are rewarded with the landscape on arrival! Or even better, take a late night bus tours around the city so you can see the  streets of Paris decked out in magical colours for the festive season. 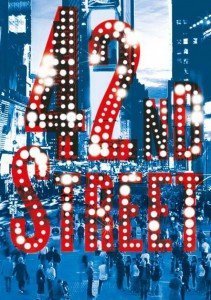 Essaïon Theatre, a tiny little theatre near the Pompidou in Paris has a wonderful selection of shows designed for children over the Christmas and New Year period. From 9 months old to young teens, there is a broad selection to choose from including The Christmas Train and Santas Workshop. There is bound to be something for you and your family that you can enjoy.
Check out the listings
6 Rue Pierre au Lard, 75004 Paris

For families with slightly older kids, what could be better than a slice of Broadway right here in Paris for the festive season? The classic musical 42nd Street has been produced in English for the Theatre du Chatelet. “A charming classic and perfect way to celebrate Christmas and the New Year. An icon among American backstage musicals, giving us a taste of what goes on behind the scenes of a major show. The plot revolves around some staggering singing and dancing and a number of breathtaking tap routines, allowing the Châtelet to give its audience a final explosion of colour and action before it closes for (renovation) works.”

As brilliant as this place is, there’s no question that you have to be in the mood and ready to take on this monolith of entertainment for kids. But what better time to do it! Might as well thrust the job of bringing Christmas to life into the hands of the people that do it best! In other Disney related news… 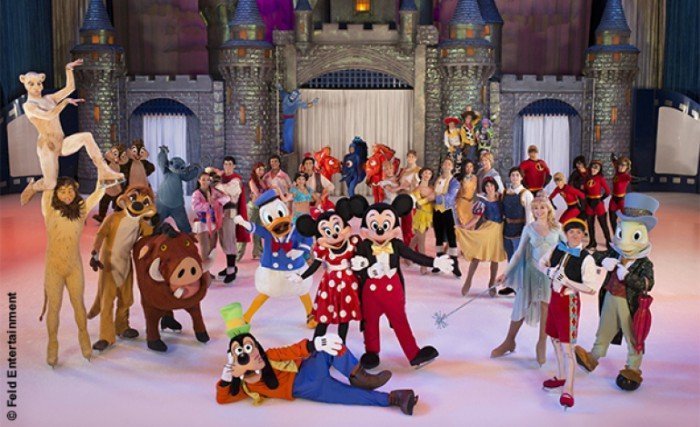 Disney on Ice is back – always a hit with younger children and this year it celebrates ‘One Hundred Years of Dreams’. Nemo, Beauty and the Beast, the Lion King and Aladdin – they will all be there! It’s a great festive treat and well worth popping out to the Zenith venue at Parc de la Villette for.
Tickets are available at FNAC

*****
Thanks to Claudette Parry for this post. For more ideas on what to do in Paris during the holiday season visit her blog:  http://mamalovesparis.com

Paris at christmas, Paris with kids