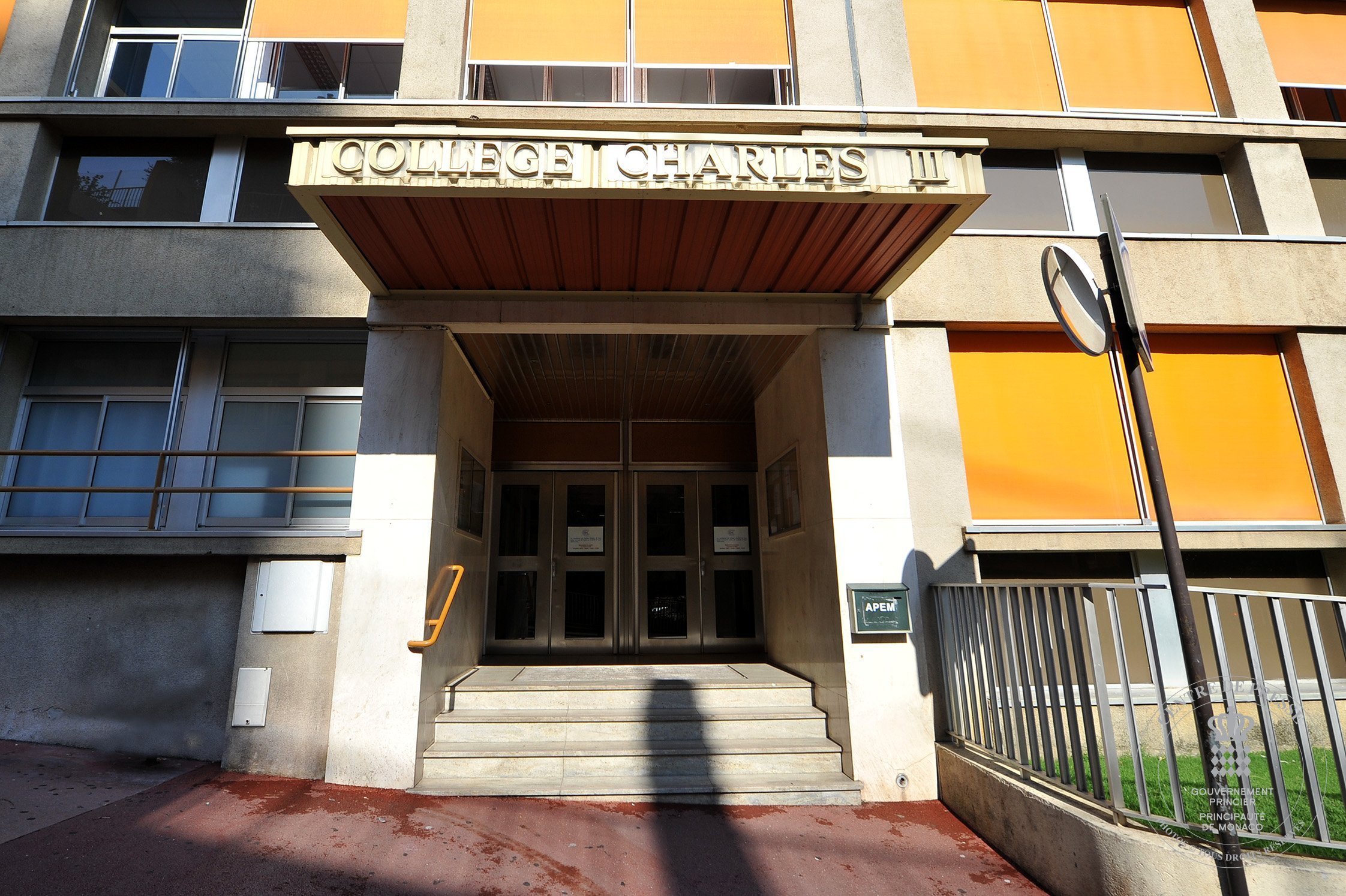 Collège Charles III is a public middle school for pupils from 6eme to 3eme, teaching the French national curriculum with an additional English-language section for international pupils based in Monaco.

To qualify for the International Section, students must be bilingual with a good level of both English and French. Most core subjects are taught in French, with English taught at native level, following the Uk national curriculum (with Anglo-American influences) and a specific bilingual history and geography programme.

The International Section continues at Lycée Albert Ier, preparing students for the International Option Baccalaureate, which is very highly regarded by the top higher education establishments in France and further afield.

The Collège also offers the English + / European section, specifically for pupils who are not bilingual but show an aptitude for the English language, with double the number of English teaching than the traditional programme. The school is set to be re-housed in a state of the art new building in 2020.