One of the most problematic issues facing international families when relocating to Germany is where to educate our children. Whether to follow the German system or whether to opt for one of the numerous international schools is hotly debated amongst Expats. Whatever your choice, the following sections aim to give an insight into the options available to parents here in Germany. 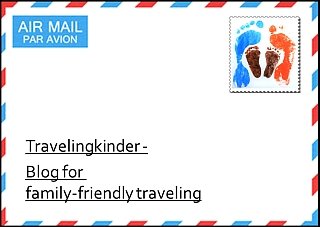 The German school system is internationally well regarded and most pupils attend a local state-funded school. Each of the German 16 states has autonomy over their own educational system which does differ to varying degrees but all of which operate under the same national umbrella. There is not the emphasis on private education that you get in some countries. The school day is fairly short starting at 8am and generally finishing at 1pm. Children whose native language is not German are deemed to have the same rights as native Germans. They are taught together with German-speaking children. In addition, they also receive three to five hours of instruction per week in their native language taught by instructors from their native country. The courses cover native language skills, the history, geography and religion of that country. Foreigners whose children are raised in Germany and face concerns about their children losing their cultural roots do in some states have the right to tuition funding for classes in their parent’s mother tongue.

Germany’s early childhood education system is well developed: 96% of 4 year olds and 89% of 3 year olds are enrolled in early childhood education programmes with a lower than average ratio of pupils to teaching staff. When teachers’ aides are factored in, the ratio becomes even more favourable. Nursery school/kindergartens are provided for children from 3 to 6 years old but attendance is not compulsory. Some kindergartens are private, some religious and some state-run. Attending a kindergarten is not free of charge, but in some cases, it can be partly or wholly funded depending on the local authority and parental income.

At the age of 6 German children move into Grundschule (Primary School). Attendance is compulsory. At Grundschule pupils will learn to read, write, study basic maths and general knowledge. In some schools, children will start to learn a foreign language (usually English). Most children will attend their local, state-run school which is free of charge. In the final year of Grundschule children are assessed by academic achievement and teacher evaluation.

The Hauptschule teaches the same subjects as the Realschule and Gymnasium, but at a slower pace and with some vocational-oriented courses. It leads to part-time enrollment in a vocational school combined with apprenticeship training until the age of 18.

The Realschule prepares pupils for vocational education and finishes with the final examination Hauptschulabschlus. It is possible for students with high academic achievement at the Realschule to switch to a Gymnasium on graduation.

The Gymnasium has a strong emphasis on academic learning and is designed to prepare children for the diploma called the Abitur and ultimately for a university place. Curricula differ from school to school, but generally include German, mathematics, computer science, physics, chemistry, biology, geography, art (as well as crafts and design), music, history, philosophy, civics, social studies, and several foreign languages. Schools concentrate not only on academic subjects, but on producing well-rounded individuals, so physical education and religion or ethics are compulsory, even in non-denominational schools.

The Gesamtschule, or comprehensive school, is only found in some states. It takes the place of both the Hauptschule and Realschule. It enrolls students of all ability levels. Students who satisfactorily complete the Gesamtschule through the 9th grade receive the Hauptschule certificate, while those who satisfactorily complete schooling through the 10th grade receive the Realschule certificate. The Gesamtschule combines the curriculum of the Realschule and the Gymnasium and originated in the late 1960s to provide a broader range of educational opportunities for students than the traditional Gymnasium.

Förderschulen/Sonderschulen cater for students who have special educational needs due to severe learning difficulties, physical disabilities or behavioural problems. It is estimated that one in 21 pupils of school age in Germany attend a Förderschulen/Sonderschulen. These schools provide individualised education, addressing specific needs. Student-teacher ratios are kept low, often 6:1 or lower depending upon the needs of the children. Special schools will also have other facilities for the development of children with special needs, such as soft play areas, sensory rooms, or swimming pools. 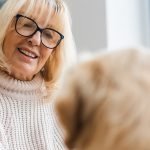 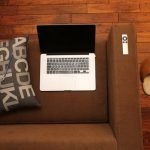 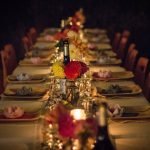 5 Tips To Stay Healthy In The Holiday Season