Home » Life » Expat or immigrant? The term ‘expat’ is loaded. It’s time we moved on. 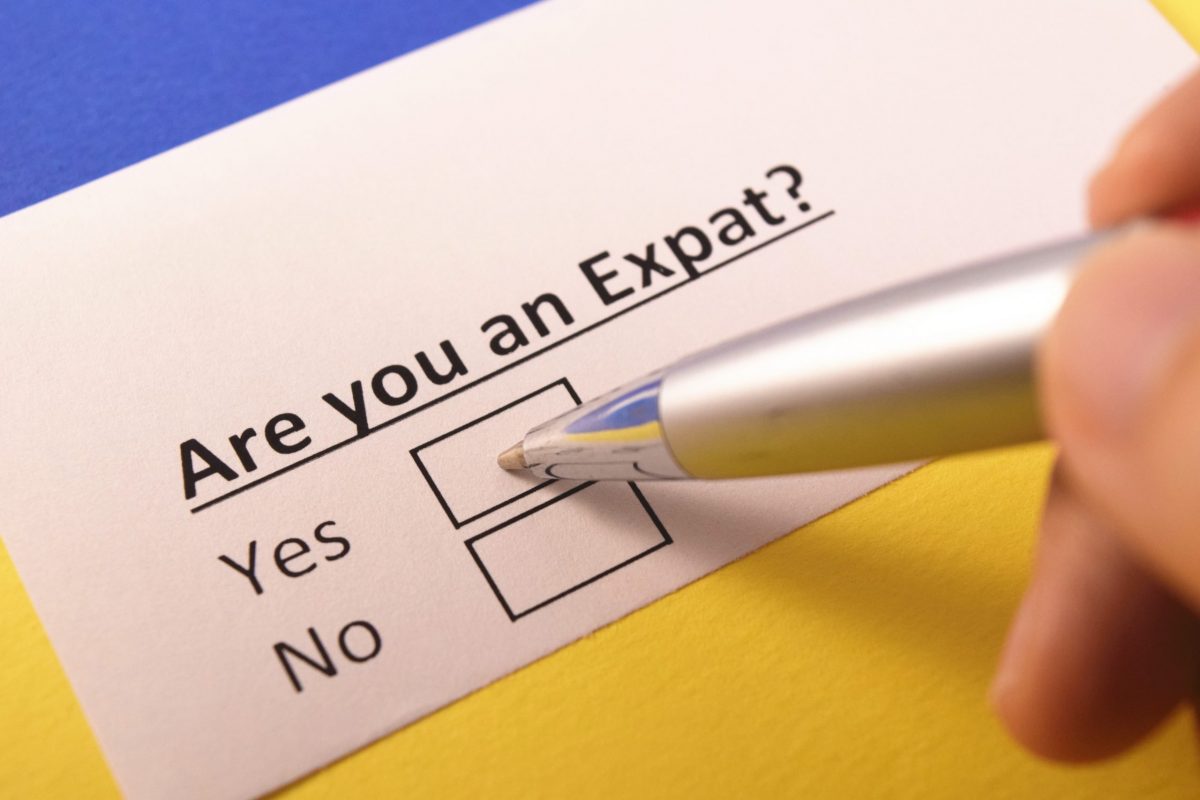 Expat or immigrant? Flexpatriate or inpatriate? Global nomad or citizen of the world? The term ‘expat’ is outdated argues MumAbroad founder Carrie Frais and she feels it’s time we found an alternative description for a growing demographic of people who have chosen to live away from their native ‘home’.

In a quick Google search asking the question:  ‘What is the difference between an expat and an immigrant?’ Google tells us that ‘..it usually comes down to socio-economic factors, so skilled professionals working in another country are described as expatriates, whereas a manual labourer who has moved to another country to earn more money might be labelled an immigrant’.

The Oxford English Dictionary tells us that an immigrant is ‘a person who comes to live permanently in a foreign country’. The original expatriate, around the 19th Century,  tended to be a middle-class, usually white, who moved abroad on a corporate assignment and (generally) chose not to integrate into their local community.  If a better economic opportunity came up they would probably move again.

Two centuries on, we have moved way beyond that, however. Today’s expats are from from diverse backgrounds, from all over the world with different skin colours, and the vast majority of them have a desire to integrate and live in their adopted country for extended periods of time, or indeed permanently. If we adhered to the OED definition then this demographic should in fact be termed immigrants, right?

But it is not just a question of definition. It is also about connotation. The term ‘expat’ carries with it a myriad of preconceptions about class, education, privilege and entitlement – just as the terms immigrant, migrant and to a certain extent ‘foreign worker’ have a different set of assumptions.  When used as a noun, the word ‘expatriation’ can also mean the act of someone renouncing allegiance to their native country, which is not the case for most people.

Some people also believe that being labelled an expat sets them apart from their adopted cultures when in fact they are trying to do exactly the opposite. The majority of those who today are labelled ‘expats’ have chosen to live away from their country of their birth as a lifestyle choice, rather than due to political oppression or economic necessity. So, by calling everyone an ‘immigrant’ would not differentiate between socioeconomic realities –  but maybe that should not matter?

What are the alternatives?

There are other terms to describe those who have chosen to move to another country through choice, such as ‘members of the international community’, ‘global citizens’ and  ‘global nomads’ . Some neologisms of the term ‘expat’ have also been put forward such as ‘dispatriate’: an expat who distances themselves from their nation of origin; a ‘flexpatriate’: someone who often travels internationally;  ‘inpatriate’: an employee sent from a foreign subsidiary to work in the country where a company has a presence and  ‘rex-pat’: a repeat expat, someone who chooses to return to a foreign country after completing a work assignment.

As our travel behaviours change, our working habits become more fluid and the world becomes more globalized, it is becoming increasingly clear that the term ‘expat’ has probably run its course, a sentiment echoed by many living away from their native home.

Here are just a few of the comments from the MumAbroad.com community posted on facebook:

I hate it. For me it says people who had the financial privilege to start a life in another country but who bear no interest in integrating with culture. I have never called myself an expat. Also because I moved when I was 22 with just a suitcase. Immigrant also has negative connotations. Non-native is what I’d naturally use.

I don’t use the word expat ….I was one when I lived and worked in Malawi because our company sent us their on a contract. Now in Spain, we live and work here (was not sent here or moved here because of a job), we made this our choice of home and country of residence. This makes us immigrants until such time we become / naturalize as Spanish citizens.
Natalie du Plooy-Simoes

I refer to myself as an expat all the time. I moved here with a job but not because of the job, because I wanted an adventure. But yes I consider the expat ‘cliche’ as not really interested in integration, going to private schools with daddy CxO and a yummy mummy and moving on every few years but that’s such a stereotype I do realise!! It’s a complicated one
Muriel Molloy

Can’t stand it. For me it definitely has connotations of privilege and wealth. And of cliquey groups of people that don’t mix with locals. I don’t use any term to describe myself in that way – it very rarely comes up that I have to define myself like that. I occasionally get asked where I’m from and I just say I’m Scottish living in Italy.
Nicola Mckay

I think I’d like to be called an immigrant. I would to help change the negative and incorrect connotation around the word.I migrated here and built a home here. My daughter is born here. I may pick up my bags and move on, but that’s more of a world citizen mindset and coming from a multicultural family, ( so home is where we are at a given moment)
Magda Metwally

This article was first published on The Olive Press

Carrie Frais is the co-author of #LivingtheDream: expat life stripped bare, available to buy on Amazon