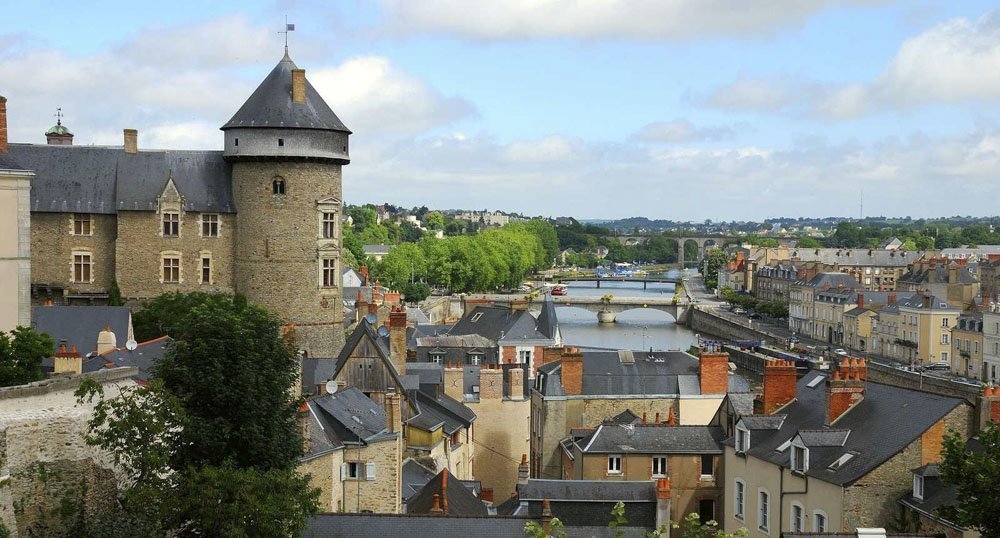 My husband and I are both British. We had just closed a business in England and wanted to invest in a small property in France that we could come and do up and use as a holiday house. When we got here the only house we fell for was too large and had too much work to do on it to be part time so we spontaneously decided to move here and give life in France a go.

We have 2 children. Joseph was born in 2006 before we moved but Romilly, born in 2008 was born here. Being my second baby, I didnt make much use of the pre-natal / post-natal support that was offered to me but it was available if required, as were breastfeeding groups. The routine checks and examinations were faultless and they do a monthly blood test, you can ask for a nurse to come to your house so that you don’t have to go to the hospital each time. The healthcare system here is very thorough and I’ve had a good experience with it so far. Most doctors speak a little English if you get stuck with communication and medical terms are all very similar anyway. I think if it had been my first baby I would have been a little overwhelmed and would have missed the support and social aspect of groups like the NCT, as would I if I had had any problems with the pregnancy. By the time Romilly was born we had enough friends, a good enough grasp of French and previous experience of labour to not need extra support.

The birth itself was somewhat old fashioned. I had to wear a hospital robe and was wired up to a drip, unlike in the UK. They also were quite insistent that I should lie on my back to give birth. The normal amount of time in hospital after giving birth here is 5 days (although I managed to escape on the third as it was a national holiday) and one is supposed to tell the staff the child’s name before they are born so they can start the registration process (this is customary not imperative, I didnt make my decision until the following morning). I had three midwives attending to me and the hospital was spotless if a little unimaginative – no water baths or big rubber balls to get through labour with. The hospital rooms were twinned, for a little extra per day you could buy a single room if you wanted the privacy. The only real complaint I have is that they served me a slice of tongue for dinner that evening!

Joseph was 1 year old when we moved here. It was hard at first to find friends for him or a community with young children. There were toddlers afternoons organised by the council once a week in the local towns but the mothers didnt befriend each other and the groups were unstructured. At first we struggled to find suitable childcare for Joseph. We could only find childmiders or nourrice who looked after up to 5 children (of differing ages) in their own home. Most of these people already had their full quota of children and those who had space had it for a reason. This type of childcare is done on a contractual basis which also didn’t suit us as our working hours were very variable. We searched for a more traditional nursery but with no luck so ended up employing a English woman on an hourly basis who was great. However it did mean that Joseph was on his own and not in a french environment which I believe affected the speed at which he integrated. He hated living in France until fairly recently and flatly refused to speak French. We started him at school in the mornings when he was 2 and a half in order to surmount this problem and now his communication is better he is far happier and more comfortable. In the time since we moved here things have changed and Romilly went to a fantastic nursery  in the local town which can be used on an hourly basis. A tip to anyone who is lookng for a nursery in France – the term is a Halte Accueil or a Garderie. My only regret is that we didn’t find the nursery for Joseph. Otherwise I’ve been very happy with our decisions.

I have always felt at home here geographically but it has taken a while to become integrated socially. The Mayenne is a very rural and traditional area with families who have lived here for generations. The mindset is not very open and change is not on the agenda so the influx of British people into this area gets mixed reactions. Most people are polite and nice but there is a barrier that has to be forced open before any real friendship can be formed. Other people are so defensive that communication is impossible. It is easy to fall into a predominantly English social group because it is something you all have in common. We determined not to be lazy and have given a lot of time and energy to building friendships with locals, making sure that we work hard at learning French and constantly reaching out to people in order to integrate as well as possible. Because we both work from home it has not been that easy to meet people so we have to be very open when we do.

Making friendships with other mothers has been important for me for Joseph and Romilly’s sake. I make a point of always inviting children round to play and organising parties and activities for them so that their friendships strengthen. There are only 10 children in Josephs school and only 2 his age so it has been important to enroll him in extracurricular activities and keep up his friendships with children outside his school. We have been more fully accepted into the community now that we have outstayed the 3 year average time for Brits to be in France!

It’s a mainly agricultural community and is rural and rustic. It is easy to find the older generation still living in simplicity with longdrops in the garden and no mod cons whatsoever. It is because of this that the area is so charming. Its like stepping back an era and some of the scenes are so picturesque, old men chopping the verges manually with a scythe, ancient tractors pulling trailers of cider apples, women in floral pinnafores digging their gardens and clapped out 2CVs chugging along the empty roads. The overall feel of the older generation is hearty, warm and generous. The younger generation are different, perhaps more corrupted by modernity!

You are expected to send your children to the local community school and if you choose to send them elsewhere you have to get permission from the Marie (the mayor). Because our school is very small and on the verge of being unsustainable we felt it important to support it, each local child that doesn’t go there is a nail in its coffin. It’s a lovely school with one teacher and one assistant and the children are happy there. Over here you’re expected to use your local resources and not look to other areas, for example I recently found out you are supposed to only use one pharmacy for all your perscriptions and purchases rather than dropping in to the one closest to where you happen to be.

In general I have been very impressed by how welcoming the locals are to the English, they are generally full of praise for us all and I have heard many good things. The only thing they rightfully gripe about is the fact that many of the English dont even try to speak French. I have come across some resentment that the English have bought up all the old houses and priced the French out of the market but most people realise that the houses would most likely have been left to ruin otherwise. The French don’t seem to be as interested in owning and rennovating houses and the English are, perhaps because it is not such a fail safe money making scheme as it is (or was) in the UK. Renting is more commonplace. The foreign nationality here is predominantly English but there are a smattering of Irish, Dutch and Portuguese and probably many more I haven’t discovered.

The advantages of being here are that you can have a lovely home in plenty of countryside without a crippling mortgage. Having close links with the UK is essential for us as my husband exhibits and sells his work there and it gives us the freedom of not having all ours eggs in the French basket. I would feel quite trapped without recourse to England and I can’t help feeling that it gives us a business advantage. Also we are free from the restraints of culture and habit that locals have, it doesn’t matter if we get it a bit wrong and don’t serve the right apperatifs before dinner! I like the fact that we can’t be judged or placed in a social box as our origins are foreign. That said, we are not immune from being dumped in the huge foreigners box and dismissed as such. The disadvantages are, as with anyone who uproots themselves, a lack of a sense of complete belonging and acceptance and an inability to be able to fully share the subtler aspects of communication with people. Developing close friendships is much harder work. There is also always the feeling of being on the outside but I actually quite like that, which is probably why I’m happy here. I have been overwhelmed and frustrated at times but it all gets easier with time.

I would say to families thinking of relocating here the most important thing is to make sure you have a skill that can be useful here as it’s not a fun place to be struggling to find work in. There is very little work here and not enough people with an expendable income to make independent business easy. Other than that it is a great place to bring up kids though as I said before it can be a little lonely at times as there is not much going on, i’ts very different in that respect to the UK which seems to have toddler groups and coffee mornings on every corner.