Home » Life » On Settling into Life in Spain with Young Children: The Early Days 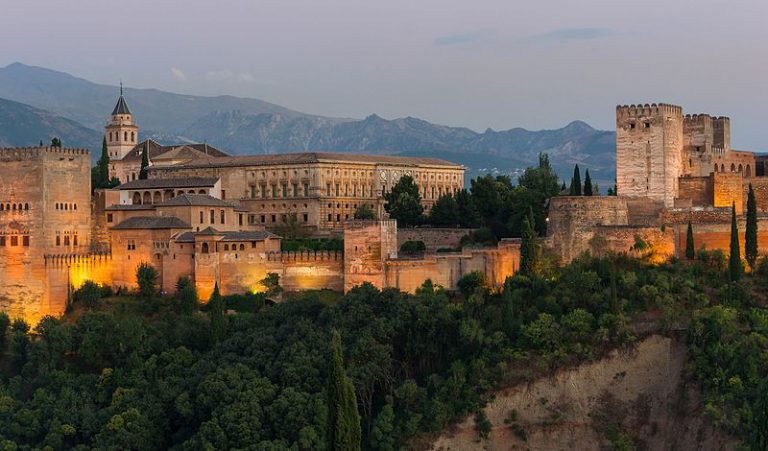 28 May On Settling into Life in Spain with Young Children: The Early Days

So. It’s been six months now since the start of this adventure, and a journey of life-changing extremes. To explain: for those of you who have ever considered moving to a holiday destination – by which I mean not just holidaying in one but actually living there – it can be ironically unrestful. Well, unholiday-ish. On good days, the aching beauty of the place you have chosen shimmers before you and congratulates you on your choice; on bad ones it taunts you like a gorgeous person way out of your league. For every dull, life-admin task you have to get done, this beauty cruelly mocks you with every bored glimpse out of the window, with every sigh you emit in every long, long queue.

That has been some of the reality, anyway. For the first  week or two, this had not sunk in yet and we were most definitely in holiday mode. On our first evening, we wove up the valley early evening, past a sepia landscape whose browns and yellows became more of a peachy blush with the increasing pinkness of the sky. As we wound around the final bend of our journey, a majestic sight rose up to meet us on the hillside opposite: the Alhambra Palace. And it really must be seen to be believed. It has a crisp austerity to its form, all squares, right angles and tooth-like battlements, which make for quite a contrast with the bushy hillside where it sits, looming down over the city in silent reproach. Son and Daughter were not immune to its charms.

And although we had lived in Australia for six years and were no strangers to heat, there still felt something exotic about the hot, thick wind blowing at us and the warmth that radiated off every hard surface. Down cobbled lanes we sauntered until we realised how late it had got (in Australia the sun sets at 8pm latest) and that we’d better feed the children! This we did in a bustling square where the kids chased cats around while we drank wine and ate morcilla. How thinly we disguised our smugness while holidaymakers we got talking to gasped “You’re moving here?” and gave us theatrically envious looks. God it was all so great.

And so passed the first week or so. Then reality set in. We had to sign Son up to school, find childcare for Daughter and do painfully dull things like setting up bank accounts. And all this with the joyous handicaps of minimal Spanish and a family set of passports that had been stolen on our first night, never to be seen again (really don’t ask). But, as you do, we somehow cobbled together some crappy semblance of organisation between us with the help of some new friends on the ground.

Believe everything you hear about insane bureaucracy in bits of Europe. Signing Son up for school consisted of getting lots of documents stamped in a big hall then standing in a very long, very stagnant queue in a beautiful marbly corridor, the sun beating in on me, for three hours. I typically had underestimated how long it would be until I next ate and stood there feeling more faint and hollow-bodied as the time passed. People in front of me were yelling, shrugging and tutting and every so often an adminny-looking lady would pop her head out of the office door we were stood by to shout Something Important at the queue. Various people responded exasperatedly, some walked away and I just carried on standing there like a dumbass. My very helpful friend  informed me that we may as well stick it out, then just as I had nearly given up all hope, a letter suddenly got thrust in my hand and I was informed that even though it was nearly two o’clock Son could start school that day if we wanted him to.

Obviously we thought we would allow him some transition-time, so we plumped for the next morning. And how weird it felt, that he would not just be starting school – proper school – for the first time ever, he would be doing it in a place he’d never been to before, speaking a language he didn’t yet speak.

The advice I’d been given while researching our move all those light-years ago? “Throw them in and don’t tell them they can’t do it.” What this means for a parent? They’ll probably be fine; it is your fretting and flapping that will upset them.

And this is so true. Son bowled on into school the next morning, skipping along the lanes with his new backpack bouncing and when we got to the gates, he ran on in without even looking back. You know who felt the most anxious, the most in need of reassurance? Yep, me. And for some time this pang of neediness would come back every now and again when I least expected it. I would finish a perfectly pleasant coffee with some new-found friends and I would, upon my walk back home, suddenly feel out of my depth and alone. I would feel homesick and lost and I would picture Son sat at his little desk in the classroom, doing his best to be brave, smile, and just get on, in Spanish, with all the busy tasks schoolkids get on with. His bravery made me miss him and want to just turn around, storm into his school and rip him out of his class so that I could just have him all to myself and hold him tight so he would comfort me. Then upon reflection the Less Dickish Me (yes, there is one, thank God) realised how utterly unhelpful for anyone that move would be. It was tempting, though.

And how, six months in, are we now doing? Well, despite another move of house, another switch of jobs and so many other things, we are finding our feet. But to be totally content wouldn’t make for much good blog-writing so fortunately there’s still plenty of material there. Basically, until we are rich and flawlessly bilingual there will be more material than I can shake a stick at.