Starting School at 3: The Public Education System in Barcelona | MumAbroad 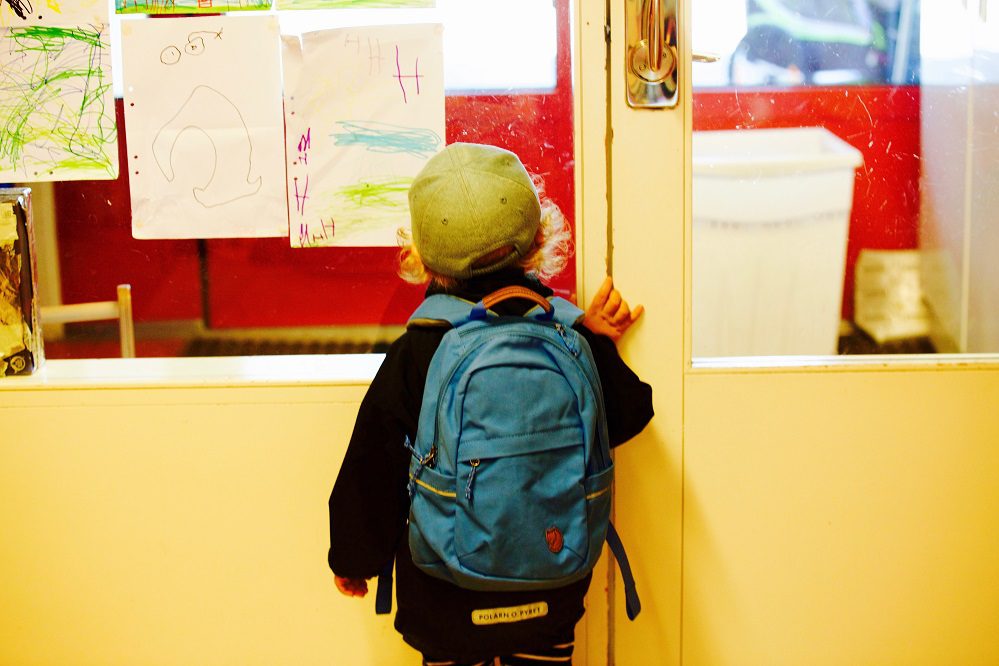 04 Sep Starting School at 3: The Public Education System in Barcelona

Annette Pacey grew up in New Zealand but has spent most of her adult life between the UK and Spain. She currently lives with her Spanish husband and young daughter in Barcelona, where she writes a blog, Barcelona Family Life, providing useful information about education, activities and culture for international families living in the city. Here she talks to MumAbroad Life about her own personal experience of her daughter entering the public education system.

When the time came to think about pre-school and school for our daughter, we decided to go with the local public education system here in Barcelona, rather than find an international school. From my daughter’s point of view it’s worked out very well so far. But for me as a foreign parent, trying to get to grips with the school system was one of the biggest challenges I’ve faced since moving here.

Not speaking Catalan and having no idea about how the system worked, it took me a while to figure out how childhood education is organised. Educación infantil refers to the non-compulsory education from 0-6 years old, which is divided into two distinct cycles:

The first stage is pre-school, or guardería, for children from 0-3 years which takes place in purpose-built centres called escoles bressol.

There is a fairly big change between the first and second stage. The start of this second stage is the “first day of school” moment – because this three-year cycle (P3, P4 and P5) takes place in the same building as the primary school, with kids of up to 12 years old. Unlike many countries, public provision at this stage is universal (although not compulsory). This means that all children who apply will be assigned a place.

A cohort of children start each September (for example, babies born anytime in 2014 start in September 2017) which means that those born in the later months of the year won’t yet have turned three on their first day. Although this is very young by international standards, nearly all children in Catalunya start school in P3. Consequently, by the time they reach the compulsory educational stage of educación primaria at six years of age, they are already well established at school.

I did have my reservations about starting so young, but we decided to go with the flow. The application process was somewhat bewildering, but eventually we were assigned a place at our first choice of school.

Compared to the friendly and welcoming atmosphere of the guardería, school felt bureaucratic and impersonal. My poor grasp of Catalan didn’t help, and the school office manager did little to hide her exasperation with the tiresome foreigner asking silly questions. I had the sensation, familiar to ex-pats everywhere, that there was crucial information that everyone else intuitively understood or assumed, but that eluded me completely. Parents’ information meetings went mostly over my head, due to the language barrier. It’s hard to raise your hand and ask a question in Spanish when you are not sure if it’s already been answered in Catalan.

There was no opportunity to meet the teacher before school started and parents were only allowed to accompany their children to the classroom once, on the first day, and stay for about half an hour. As my daughter set about the serious business of checking out the toys, I tried to make eye-contact with the teacher and find an opportunity to tell her a little about my daughter. She was polite, but discouraged conversation. It was clear she couldn’t wait to get the parents out of the room so that she could get on with her job. It was this emphasis on the separation between parents and school that I found hardest to deal with.

Children were handed over at the door by parents at 9.00am and taken up to the classroom by the teacher, then reappeared at 4.20pm with little if any explanation of what had gone on in the intervening hours. When I expressed my concerns to other parents, they mostly shrugged and said it was normal, and that it would be impractical for the school to organise things any other way. But if there’s one thing that living abroad teaches you, it’s that “normal” is very much in the eye of the beholder. There are choices, and the school chose convenience over the children’s (and the parents’) needs.

During the first few weeks I watched with growing unease as sobbing two-and-three-year-olds were carried into school by grim-faced teachers each morning. To my great relief, my little soldier walked calmly in with barely a backward glance, but the atmosphere was fraught. I found myself in a minority among the other parents. Most seemed to accept daily tears as something to be expected, and reasoned that the best strategy was to make the drop off as quick as possible. To me it felt unnecessarily traumatic.

A traditional approach to education

I remember a couple of months into the year, asking my daughter’s teacher if we could have a parent-teacher meeting, as I was getting desperate to get some information about how it was going. “But she doesn’t give me any problems” came the reply, “I haven’t got anything to tell you”. I expect she intended this to be reassuring, but it bothered me. My daughter seemed happy enough as far as I could tell, but I got the impression that only children who expressed their unhappiness through disruptive behaviour would attract the teacher’s attention. With class sizes at 25 children per teacher, I worried about the kids that responded to stress by withdrawing from participation – would anyone notice?

There is a cultural dimension to this. In English-speaking countries, a lot of emphasis is placed on the individual child and their particular needs. It is the norm for school organisation and teaching methods to be, or at least aim to be, child-centred. I guess I took it for granted that this philosophy was universal and it was jarring to come up against a more traditional approach. Here in Spain, my impression has been that there is a standard of “normal” that all children are expected to adapt to. This is seen as a positive thing, in the sense that everyone is treated the same.

Judging from my experience so far, there seems so be little acknowledgement that individual children have distinct needs and develop at different rates. My daughter sucks her thumb when tired or upset. I don’t think it’s any big deal and she will stop when she is ready, but at school it’s been treated as a problem that needs to be solved. I’ve found myself very much out of step with local parents on this type of thing – the prevailing view seems to be that children need to adapt to expectations, not the other way around.

It’s not all bad news

Despite these differences of approach, I have been impressed by the dedication and professionalism of the teachers and the school administration. Like public education systems everywhere, the school has to make do with dwindling resources and increasing challenges (not least dealing with uncomprehending foreign parents like me!). The efforts they make to pull together extra activities and festivals on top of day-to-day learning are nothing short of heroic. My daughter has formed a real bond with both of her teachers so far and as she gets older and explains in more detail the events of the day, I can tell that she is happy.

There is some variation between individual schools, and friends at other public schools experienced a more relaxed adaption period, where parents weren’t left at the door. And our school is gradually changing its outlook, allowing parents up to the classroom on Wednesday mornings, and even inviting groups of parents to have lunch at school. Some public schools are moving towards project-based teaching methodology, but progress is slow, and overall the approach in the public system is traditional. I still sigh in exasperation when the children come out of school each clutching their identical “artwork” – apparently there is a right and a wrong way to paint a flower.

One positive aspect is that the approach to food and eating at school encourages children to try everything. As someone who took an uninspiring packed lunch to school myself, I was very impressed to find that my daughter is served a hot, healthy, three-course meal that is prepared from scratch in the school kitchen. They get lentils, stews, vegetables, salads, fish…and no bread or dessert until they have made a good attempt at what they have been served. Allergies and religious exemptions are catered for, but you need supporting documentation.

Also, joining the local primary school has been wonderful for integration in the local community. Although I have been here more than seven years, I have inevitably gravitated towards English-speaking friends. Hanging out at the school gate, swapping stories about head lice and swimming class, has really expanded not just my friend circle, but my understanding of the culture I’m living in – not to mention my language skills.

Would I do it again?

Looking back, choosing the public school system has worked out well for us. The low cost and close proximity were big factors, and the fact that my daughter speaks three languages fluently at five years old is a huge payoff. It hasn’t been perfect, but then no school ever is.

In the future, when we reach the stage of exams and career choices, I would like her education to be at least partly in English, so we will probably look into transferring her to an international school when the time comes. But for now, she won’t hear of it – she adores her friends, loves her teacher and can’t wait for the new year to start. And when you’re five that’s really all that matters.