Home » Life » The Death of a Marriage in Italy 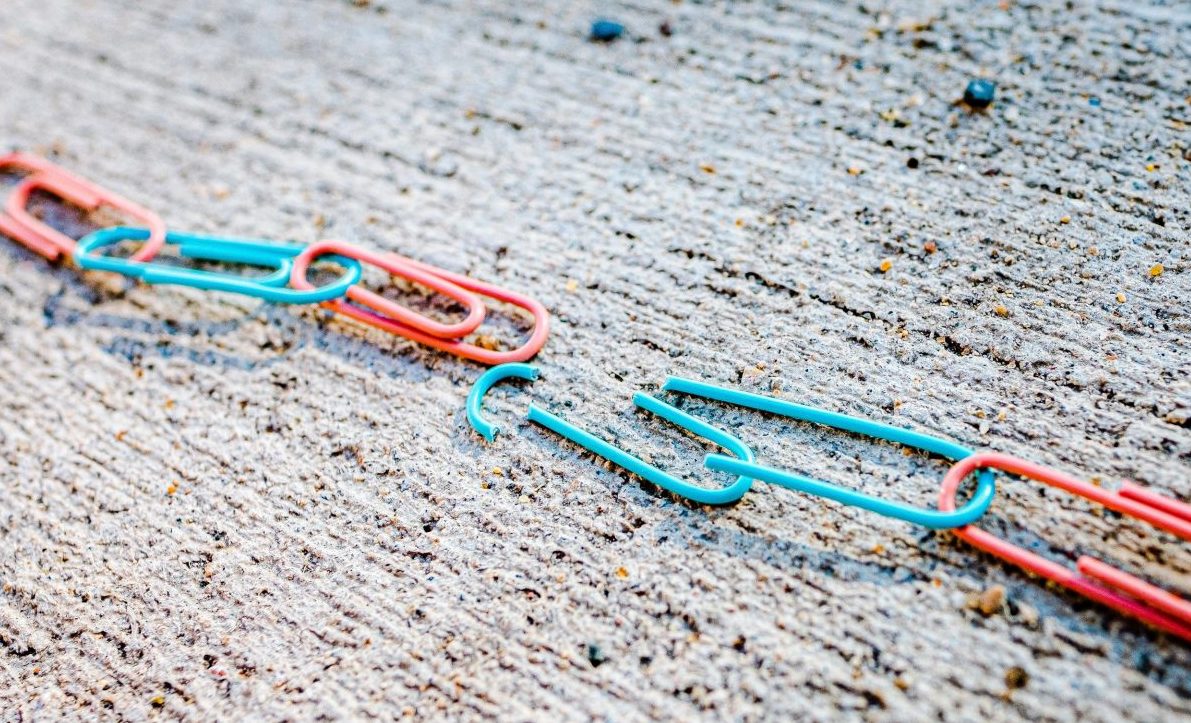 12 Jan The Death of a Marriage in Italy

Emma Cuthbertson, based in Northern Italy with her family, is a Salesforce Marketing Cloud Consultant who also blogs regularly for MumAbroad. Here she talks about separation and divorce proceedings in Italy – facts and resources.

An American woman’s marriage unexpectedly breaks down in Italy.
Eight years on,
that marriage still has not been buried and laid to rest.

Successful, driven, smart. Funny, adventurous, kind, and rather brilliant. That is my friend. She is an arts curator; she has world famous galleries and multi-million-dollar exhibitions under her belt. My friend is “happening”—one of the new generations of power women. The Sheryl-Sandberg slash-Danish-Teacher-Rita generation of women. Not the kind that stamps on your head with high heels as she races along, whilst you stumble at work or in life. On the contrary my friend will bend down, lean in, and help you up with a smile, some dry wit, and a tequila shot to hand.

My American friend has always been extremely focused on her career—to the point that we would rarely see her in between big projects. So, when she hooked up with a European guy and it was clear they were really into each other we genuinely felt sorry for him. “That dude…. she will never have time for him….” (Cue the laughter and much quaffing of cocktails.) Two years later we were throwing confetti and eating our words amidst more quaffing of cocktails.

Love happily and quite rightly conquers all!

Ten great years of marriage and a beautiful son later, the couple decide to relocate to Umbria in Italy. My friend’s husband has a family home there, and they agree they could better progress careers while having a better quality of life for the entire family. My friend is happy to do so. She is fully committed to the relationship, optimistic and fearless by nature. She wants the best for their beautiful family of three. It also means she will be able to spend more time with their son after managing a full-on career in the States.

Moving to Italy is fantastic! They live close to the husband’s family and his new business ventures thrive. My friend launches herself full-on into local life. She renovates the apartment, learns the language, builds a network of friends in the local community, cooks up a storm of Italian cuisine at home, and nurtures her family. Life is sweet. 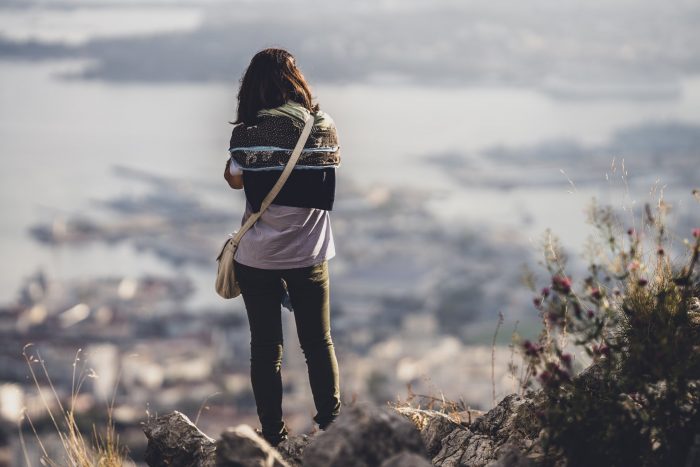 And then. Eighteen months into life in Italy my friend’s husband unexpectedly announces that he wants to separate. Initially they talk and agree to marriage counselling. One morning, however, he gets an unusual 5:00 a.m. call on his cell phone that awakens the whole household. It soon becomes clear that he is having an affair. My friend asks him to leave.

My friend was left mid-air, emotionally and financially. No parachute. No warning. Her husband was absent initially for five weeks with complete radio silence with her and their son. My friend tried to access their main bank account in Europe, where all their monies had been transferred after the move and sale of their US property. The account was in her partner’s name and access was not possible. Italian law has no leverage nor jurisdiction to appeal for access to overseas bank accounts under this kind of scenario.

From that moment, a catalogue of painful and humiliating discoveries began to unfold, along with aggressive behaviour: break-ins, verbal abuse, physical intimidation, theft, IT hacking, and repeated police charges for the aforementioned. Lawyers also came into play in a serious sense. Eight years later it is still a legal yo-yo conflict of carnage backwards and forwards. The emotional impact on my friend and her son, coupled with the financial struggles faced when the husband refused to pay child and spousal maintenance, has been huge.

My friend is not the first, nor will she be the last, to go through that gut-wrenching devastation, the fracturing of the heart into irreplaceable pieces. The death of a marriage. It happens everyday, everywhere. If it can happen to my trail-blazing friend—the conscious achiever, the one who paid into pension funds monthly, the dream-believer who followed and made her dreams real—it can happen to any of us. 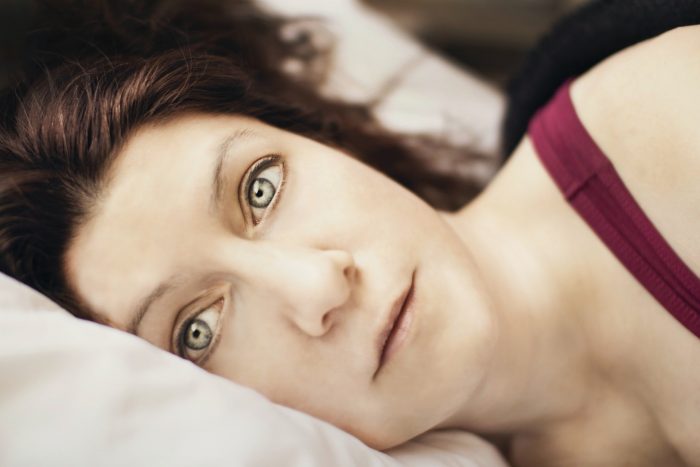 When and if this happens to you outside of your home country, outside of your cultural safety zone, you will automatically kick into badass mode because you have to. Those qualities of tenacity and perseverance are what brought you overseas originally and ensured that you thrived.

So why tell this story?

Regardless of your strength and scrappy resourcefulness, it is still incredibly tough to navigate separation and divorce waters alone in a foreign country. For that reason we wrote this piece and also asked Marco Calabrese, lawyer and founder of Family Law Italy in Rome to provide some key information about approaching separation in Italy.

What Do You Need To Know About Divorce In Italy?

● It is a two-step process: Separation and then Divorce. It generally takes 6-8 months to obtain a (provisional) Separation Order either by mutual consent, or whereby it is not viable, via a judicial decision granted by a judge. Add roughly one more year to obtain the divorcée status if no dispute follows the Separation Order. The Separation Order is solely a legal agreement to terminate all legally binding aspects of the marriage and any joint ownership of marital assets. Some maintenance and custodial issues may be settled at this point. If agreement is reached, these conditions will be replicated in the divorce settlement a year later.

● A Fast Track Divorce system is in place in Italy; commonly used when a couple is able to reach a mutually amicable separation agreement. This path takes around 10- 12 months. Costs are not comparable to those of a divorce under litigation.

● Alternatively, since 2015 in Italy, there is a collaborative path (negoziazione assistita) whereby the two parties and their lawyers come to a mutual agreement. The lawyers process the paperwork, and a divorce status can be reached in a matter of months without entering a courtroom. Finances may also remain undisclosed.

● If it is impossible to mutually reach a separation agreement the average timelines for divorce in Italy are around 5 years minimum to complete the two steps. If one or both spouses wishes to remarry it is possible to obtain divorcee status (in around 18 months) even if maintenance or custody of the children are still not resolved. 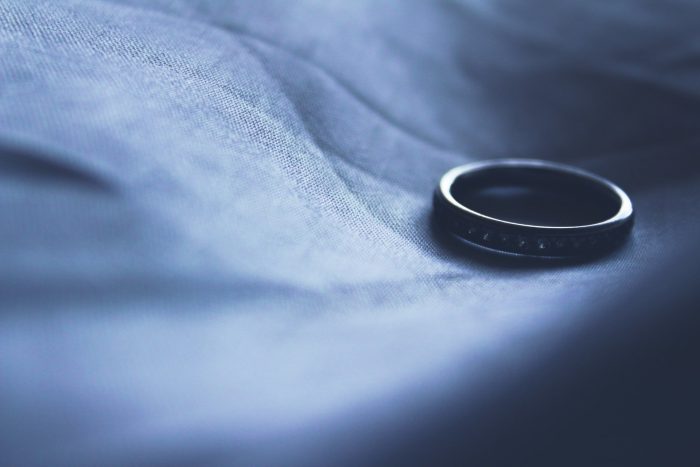 A separate judicial hearing on “who gets what assets” is often necessary under these circumstances. This needs to be filed in Civil Court only once the formal separation has been granted in Family Court (a section of the Civil Courts). The proceedings are though completely separate, one from the other, from the Italian legal standpoint.

Where your marriage took place

● If you are a mixed nationality couple and your marriage took place outside of Italy – and you both are in agreement- you can apply for divorce in the country where your marriage took place and choose which law should regulate your divorce: for instance, divorcing in Italy following the Texan Law in order to get divorced without a separation period. Or divorcing in France following the Italian Law.

● If your marriage took place in Italy, you will have decided whether to opt for Joint or Separate Ownership of Assets. Separazione dei beni is somewhat similar to a lifetime prenuptial agreement. Under this option, all assets that each partner acquired independently prior to and during the marriage will remain in that person’s name solely. Conversely, Joint Ownership of Assets (Comunione dei beni) covers most assets acquired in both names of the spouses after and during the marriage. The idea of marriage as a partnership, as generally perceived in Anglo-American culture, is however, almost unrecognized by the Italian Legal System.

Children and their place of birth

● Children may not be removed from their habitual residence without the parents’ consent. Regardless of where children have been born, if they have lived in Italy for an appreciable period of time and they are taken out of the country without a partner’s consent, it is highly likely that they will be forced to return to Italy under the Hague convention and EU Regulations. There are very few exceptions provided by the international law to this rule.