The Fine Art of Making Friends in a New Country | MumAbroad 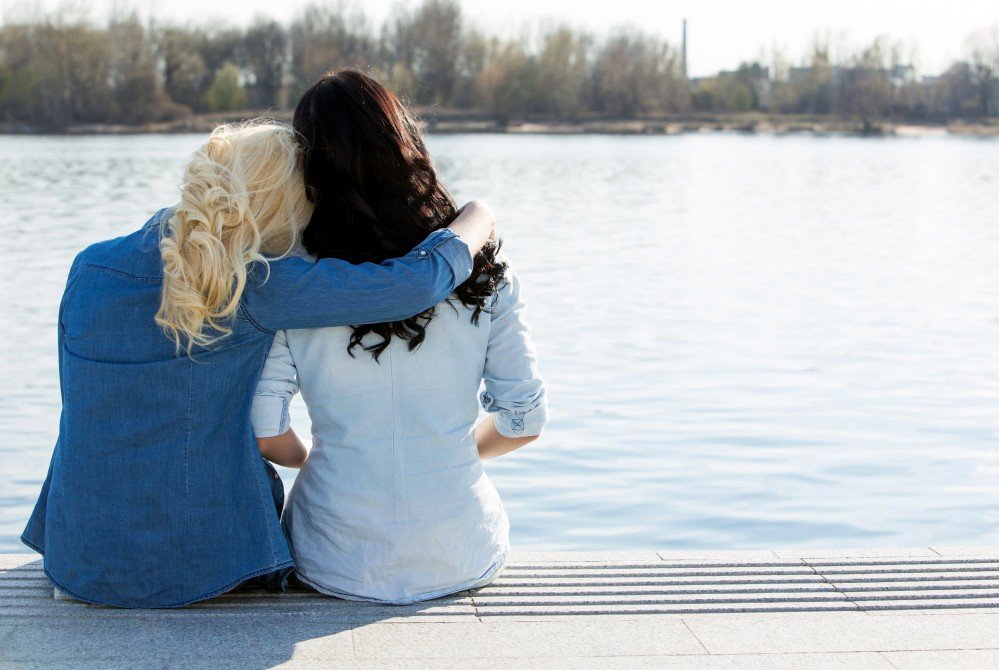 Posted at 10:00h in Life, Life My Story by Adrienne Walder 0 Comments
Share

The toughest thing about living abroad is leaving behind your family and all of your friendships that have developed over the years. I’ve always been fairly adaptable and picking up new friends has been easy. I started from ground zero at my secondary school, at Art College, at University, in London and on the south coast of England and each time I established a close bunch of mates relatively quickly. Hong Kong, I thought, would be a breeze. It didn’t cross my mind that being in my forties, things would be a little different than previously. I am more confident in myself nowadays and less willing to settle for one way friendships. These days, for me, friends are not a numbers game. I would rather have a handful of extremely close, loyal friends, than a coachload of ‘mates’. Seeking out these meaningful relationships proved more challenging than anticipated.

Being introduced to friends of friends

When my husband and I announced we were moving abroad we were bombarded by friends offering to put us in touch with their buddies who lived in Hong Kong. We leapt at the offers and in our first month of arriving we attempted to meet up with those friends of friends with varying degrees of success. What I discovered is that what cements your mate to a particular person is not necessarily something that will glue you together. For example, many people were at different life stages to us. They had very young families, were tied into doing the baby thing, were ruled by routine and were too knackered to go out partying. Others were travelling for work so much that it proved close to impossible to get a date in their diaries as, no doubt, the last thing they wanted to do after a week away was to spend their Saturday night making small talk with strangers. Then there were the ‘status’ orientated ones who were financially so far removed from our world that we simply could not afford to meet up with them at the restaurants they suggested!

Of course, we met some truly lovely people through introductions but maintaining those fledgling friendships proved tough. If you don’t have social circles in common it tends to take a lot more effort to keep momentum going. Add to that the fact that you have just touched down in a new country so don’t have an armory of mates or a packed event schedule to share, you don’t feel like you’re bringing much to the party. I can count on a couple of fingers those ‘friend of friend’ friendships that have lasted over the past 2 years.

I am not a patient person and at the start of life in Hong Kong I was determined to do everything I could to meet some ‘BFFs’ as soon as possible. I signed up to an app called ‘Meet Up’ which put you in touch with groups of people with shared interests.

I joined the Girly Book Club group which promised me that I would ‘have a laugh, have fun and exchange stories over a glass or two’. One of the group’s members contacted me prior to me even attending the first meeting. She was English and had just moved to Hong Kong from Shanghai with her husband and her dog. She was a fellow teacher and my age with no children. On paper, we were a good match. We met up for our first blind date over a few gin and tonics at a bar and I felt we had gelled. However afterwards she never responded to my Whatsapp messages and I beat myself up over what I may have said or done to upset her and questioned why she hadn’t liked me. It was like regressing to being a single girl after what you had misconstrued as a successful date.

Deciding it would be too embarrassing to ever attend the Girly Book Club and face the girl who didn’t want to be friends with me, I joined a pub quiz group instead. Turning up for the first time I was faced with an odd selection of social misfits but I tried to quell my judgmental demons and keep an open-mind. What they lacked in fashion sense and witty banter, they made up for in obscure general knowledge. It also transpired that I was a valuable addition to the team as they were missing a music and celebrity gossip aficionado so I plugged their knowledge gaps. While I became a regular on their team for a short while, it soon became clear that we had little in common and my new BFF would not be found there.

My next quest to find friends was to attend an Internations event. Internations bills itself as ‘the leading network for expats’. It regularly holds events at the W Hotel in Hong Kong and with the glamorous location and lure of a free welcome drink, I even managed to persuade my husband to accompany me. On arrival it quickly became apparent that we were more or less the only couple there. Everyone else was younger, single and quite blatantly on the prowl for a partner. We looked seriously out of place and were resolutely ignored by all – probably fearful that we were seeking out some swinging action. In the time it took us to down our welcome drink we realised that the key to making new mates did not lie with Internations.

The next stage of ‘Project Make New Friends’ comprised of throwing myself into writing and joining a couple of writing groups. One group involved meeting fellow writers in a coffee shop to scribe for a couple of hours once a week, the other entailed meeting to critique each other’s work once a month. This threw up two issues. The first being that the actual process of writing is extremely solitary and, for me, it involves transporting myself away from the present into my imaginary world and becoming the characters I am writing about. This proved to be the antithesis of a productive environment for forging friendships. The second is that sharing your creative writing is extremely personal and revealing and in retrospect I believe you need to be with a group of people who are writing a similar genre to you. Attending a critique group with intellectuals developing novels about the degeneration of a paedophilic teacher or a collection of poetry on ‘the existential attitude’, did not sit well with my light-hearted novel on life and relationships not going to plan. The first meeting left me feeling cerebrally stunted and insecure about the quality and content of my creative writing. I didn’t return.

Doing what you enjoy

Around that time my husband was getting more and more involved in the Hong Kong sailing scene. I had done a lot of sailing before we got married but after a couple of bad experiences racing and having had enough of sailing in the miserable UK weather, I had hung up my sailing boots. However, the yachting scene in Hong Kong revolves around a fantastic yacht club with outstanding facilities, warm weather and an eclectic group of people bonded through their love of boats and kettles filled with rum and coke. It was time for me to dust off my Musto gilet.

Over the past two years we have progressively participated in more and more sailing events – culminating in races to the Philippines and Macau. Boats are a great way to start forming friendships. Firstly, the group of people you go on the boat with are stuck with you until you hit dry land so they have no choice but to talk to you. Secondly the ‘gin and tonic’ sailing we gravitate towards tends to lend itself well to people letting their hair down and having a giggle. While it will always take time for friendships to deepen and grow, the process can be shortcut through having shared interests and bonkers booze-fuelled experiences. Sailing in Hong Kong has certainly proved quite the life saver.

If I have learnt one thing over the past two years in Hong Kong it is the importance of patience. Nothing is going to come together instantly. You aren’t going to walk away from an established life in one country and instantly step into a perfectly formed new life in another. You are going to have to work like hell to make it a success. While we did actually meet people and make friends quickly here in Hong Kong, they were initially superficial friendships, with the odd exception. There were few people I could confide in when the culture shock kicked in, when my new job pushed me to the brink of insanity or when a friend at home was diagnosed with cancer. That’s when a supportive husband and regular FaceTime conversations back home need to come into play. Twenty four months on, and things are different.

Building my band of bosom buddies didn’t happen overnight. It has been a slow process nurturing those fledgling friendships into profound, solid bonds. Now, I am lucky enough to have a perfect posse of pals who can cope with my quirks and foibles, my imperfections (of which there are many) and my dry humour. They get me and accept me and vice versa. It transpires that the road to constructing meaningful alliances has many twists and turns, hills and potholes to negotiate, but you get there with perseverance and not deviating from your true self.