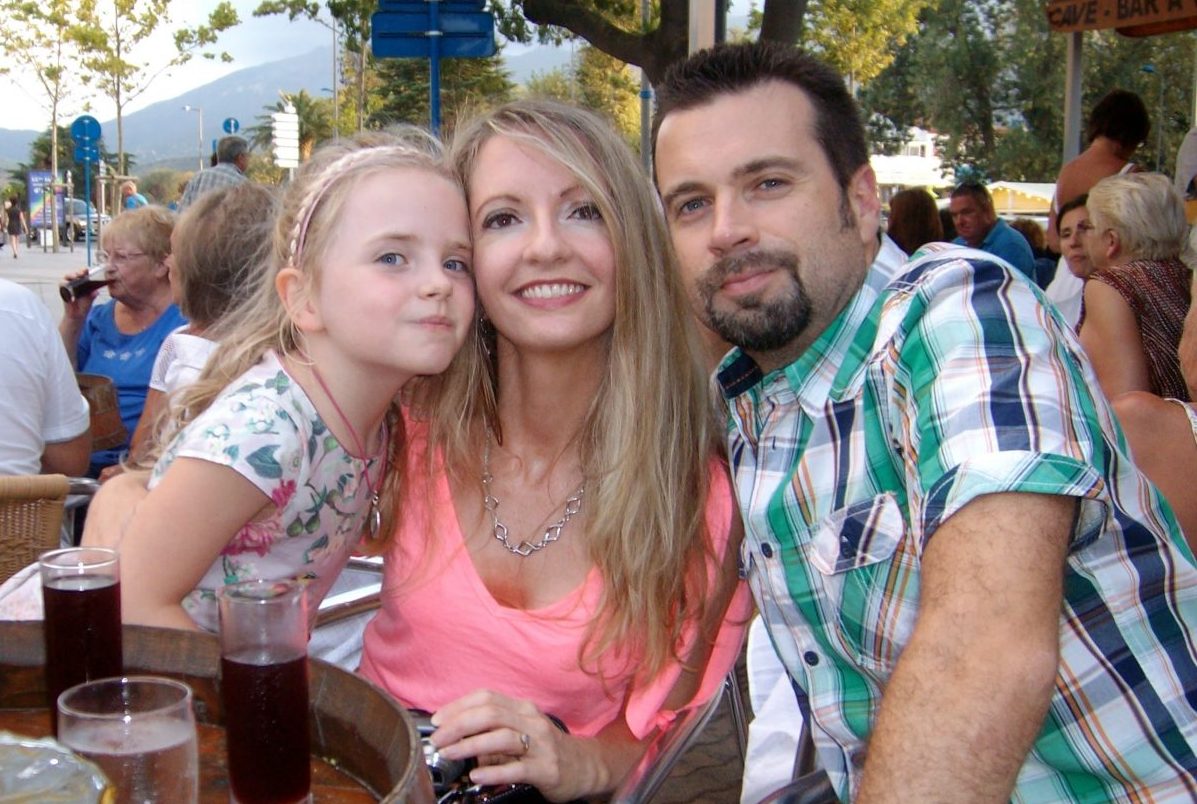 Family relocation in France – in 2012, Kelly Nowocien, originally from Liverpool,  pressed “pause” on her busy international career in Monaco and decided what she wanted her life to look like. Along with her husband and young daughter, she followed her family dream and moved across the country, from the French Riviera to the green mountains of the Pyrenees, ready to build an ecological house, B&B and open her own business. Kelly is now a Life Coach for Language Learners & an English Communication Coach with a green mindset. This is her journey.

From the glamorous French Riviera

to the idyllic French countryside

Growing up in the industrial city of Liverpool, I’d had wanderlust from an early age. For me, the languages I relished in school held the key to a whole treasure chest of exciting opportunities, experiences, sights and sounds. So it came as no surprise to anyone when I decided to do a degree in languages complete with one year abroad in Spain, France and Portugal. From that moment on, there was no looking back, I was sold on living abroad, but where exactly?

I loved the party atmosphere and laid-back lifestyle I’d experienced in Spain but at the same time I had to admit that I probably felt more at home with the French way of life, particularly after having been welcomed with open arms during my work placement at a tiny tourist office in Provence. The local newspaper had even published an article about me, fortunately omitting to mention that the “Kelly” in Provencal actually designated the bedroom “potty” – it would have cramped my style somewhat!

Little did I know at the time of my many musings that love would be the deciding factor. I would end up moving to France straight after University to live with my future French husband, sharing my life between the glamorous confines of Nice and the international business world of Monaco.

I had no qualms whatsoever of moving to the South of France right after my graduation. Not because I was unhappy in England but the lure of adventures and love in a whole new setting was too good to miss. Not a bad decision given that our relationship was sealed by a wedding in 1998 and the birth of “une petite franglaise” in 2007.

As I’ve always spoken English to my daughter (whereas my husband and I speak French to each other), she has no problem understanding the language but still insists on replying in French. I only hear her speaking in English when my parents/family are visiting! 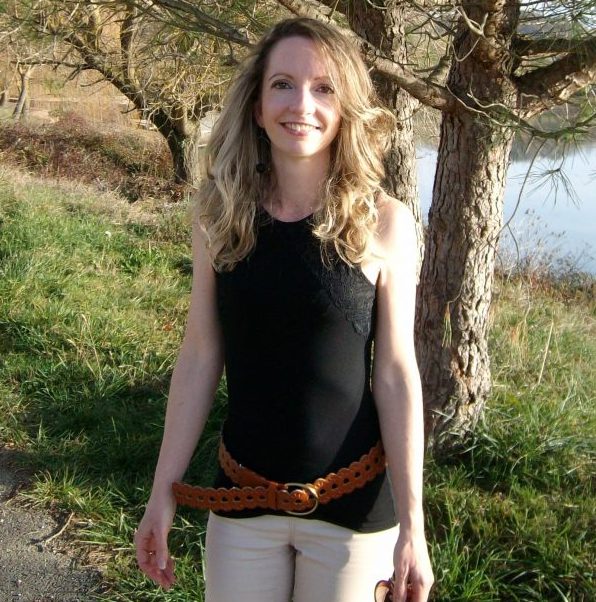 Fast forward to 2012. I was working in HR as an Executive PA in Monaco, a job I had been doing for the previous 6 years and which I can honestly say I enjoyed. However, there was a rather big cloud hovering on the horizon: my long hours, which frequently spilled into the weekend, left me juggling my roles of Mum, Wife and PA and feeling like I was on a continual treadmill stuck on “steep incline”.

Coming up to my 40th birthday, I started to ask myself a lot of serious questions. What if I could have more time for myself and enjoy life more? Be my own boss doing something I love? Spend more quality time with my family? Buy some land and build the house and guesthouse we’d always wanted? But there were some pretty heavy challenges too: we’d have to sell our house in a difficult market, leave all our friends, move to a place where we knew no one; it was a whole new ball game! I’d have to find a new career. Start again. But could I carry on the way I was and forget these questions?

So it was finally in April 2013 that we threw caution to the wind and left everything behind – friends, job and the multi-coloured pebbles and blue deckchairs of the Promenade des Anglais to move to the other side of France to a little town called Foix slap bang in the middle of Ariege! Why? Because, in spite of its breathtaking scenery, this beautiful mountainous region near the Spanish border is not yet widely “famous”, the pace of life is calmer, the locals, fiercely proud of their heritage, welcome people who appreciate its untamed spirit. And, to be perfectly frank, we also hoped we’d finally find a plot of land to fit our dream project and our budget.

Strangely enough, I was more excited than worried about the change. I was ready for it. The new opportunities and possibilities ahead were my driving force. And so began our new life. My little girl, 5 at the time, started a new, much smaller, school in a mixed-level class (a class comprising two years of students with teaching time being spread between them). This may sound strange to some but it is often the case in small towns in France and surprisingly it works very well as the older children often support the younger ones who, in turn, are boosted by them. Imagine her surprise when, on her first day, she received a lovely bouquet of lily of the valley from a little boy in her class as a welcome gesture.

Fortunately, at that early age, integration wasn’t difficult for her with only the occasional pining for a best friend left behind. The same goes for myself in that the school run fortunately provided me/us with an extensive source of social contacts, many of whom have now become firm friends. I do think about the big city from time to time but I have to admit that I don’t miss the noise, traffic jams and stress that accompany it. Life is simpler here, people don’t seem to worry so much about appearances and it’s easier to immerse ourselves in nature as it’s literally on our doorstep. 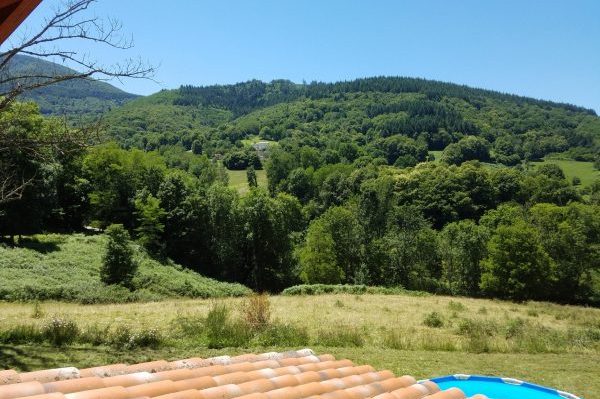 What do I do now? Well, upon moving here, I took some time out to “find myself” as I felt I needed space to replenish and reflect on my future. Best decision of my life! It was during this time of rejuvenation that I really became interested in personal growth and spirituality and it’s still my main passion today. It was this desire to fulfil my purpose and potential that led me to my current career path – life and language coaching.

Funnily enough, I’d already been coaching unconsciously for many years, often being the “go-to person” for numerous friends and colleagues who saw in me a trusted confident and sounding board for personal or professional matters.

To cut a long story short, after undertaking a training course with an American Coaching Institute, I officially became qualified as a Life Coach and Solution-Focused Coach in October 2015, followed by a Transformational Coaching diploma shortly after. I am also a Certified Neurolanguage Coach®, which means that I use a sustainable and brain-friendly approach to language teaching based on neuroscience and coaching principles. I see this as a more “ecological” way of learning a language.

Who do I coach? Although it’s my pleasure to coach anyone who is motivated to work towards a specific goal, I specialise in coaching perfectionist female business leaders and language learners who want to feel more empowered and speak up confidently (in English or in any language) so that they and their businesses/careers can grow. In a nutshell, they’re looking to reconnect with themselves and achieve a happier and healthier high performance in their learning/business as well as a more fulfilling life.

And last but not least, what about our dream project? I’m pleased to say that we will be moving in the next few months to our ecological house in a beautiful village 10 minutes away from Foix. What’s more, the foundations for the future guesthouse have already been completed so our next project is well under way!

Find our more about Living in France