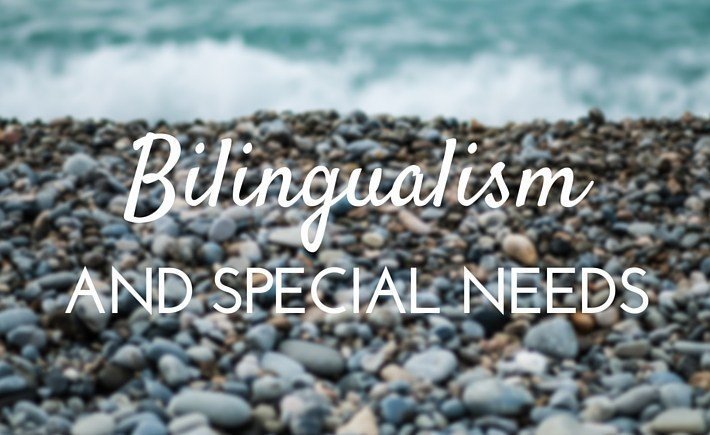 Parents of children with special needs frequently find they need to grow a thick skin to deal with all the ignorance and comments directed at them, and this is especially true in a bilingual family. As a mother of a child with special needs myself, bringing him up in a bilingual family has been a challenge. I have been accused of deliberately trying to sabotage his development through speaking my own language to him!

Even health care professionals can be incredibly negative about bilingualism, and it is very common for speech and language therapists to advise parents to use only one language at home. On one memorable occasion, my son’s case worker at the Centre for Mental Health told me that she would refuse to refer my son for speech therapy if I insisted on speaking a second language to him. “Speech and language therapy,” she declared, “can only be done in one language.” Of course, I requested a new case worker. Child psychologists are also frequently known to be against the idea of speaking more than one language at home.

So why do I persist in doing so? Well, there is no reason not to speak two languages to a person who happens to have special needs.

International studies have shown only benefits and not drawbacks to the use of two languages, and children with various conditions, such as Down’s syndrome, autism, and developmental and cognitive delays have been shown to be able to cope with more than one language. Not only do they cope, but research suggests that the stimulation offered by a second language can help children with special needs to function better. They are not learning them as foreign languages, which is a very different matter, but being brought up speaking both from birth.

If this is the case, you might wonder, then why the negativity from professionals towards bilingualism? Such matters are rarely simple. Firstly, research does not always reach the people on the ground for a long time after it has been carried out, and some professionals may have studied and been trained at a time when it was standard practice to discourage bilingualism. Secondly, those people may have little experience of bilingualism themselves, and unfortunately, they may extrapolate from their monolingual difficulties in learning a foreign language as an adult and apply that to the very different situation of bilingualism from birth – two native tongues.

Many researchers have suggested that bilingualism may even boost the cognitive abilities of children with learning disabilities and cognitive delays. So why would I limit and restrict my child by depriving him of one of his languages?

Interestingly, although in our own case my son has a limited active vocabulary, the words that he does use are words for the same thing in either language, which means that both his languages are progressing at the same rate. The same is true of his passive vocabulary, the things that he understands and responds to but does not actively use himself are the same things in both languages.

*****
Millie Slavidou is a British writer and translator living and working in Greece.
http://jumpbooks.co.uk/product-tag/millie-slavidou/