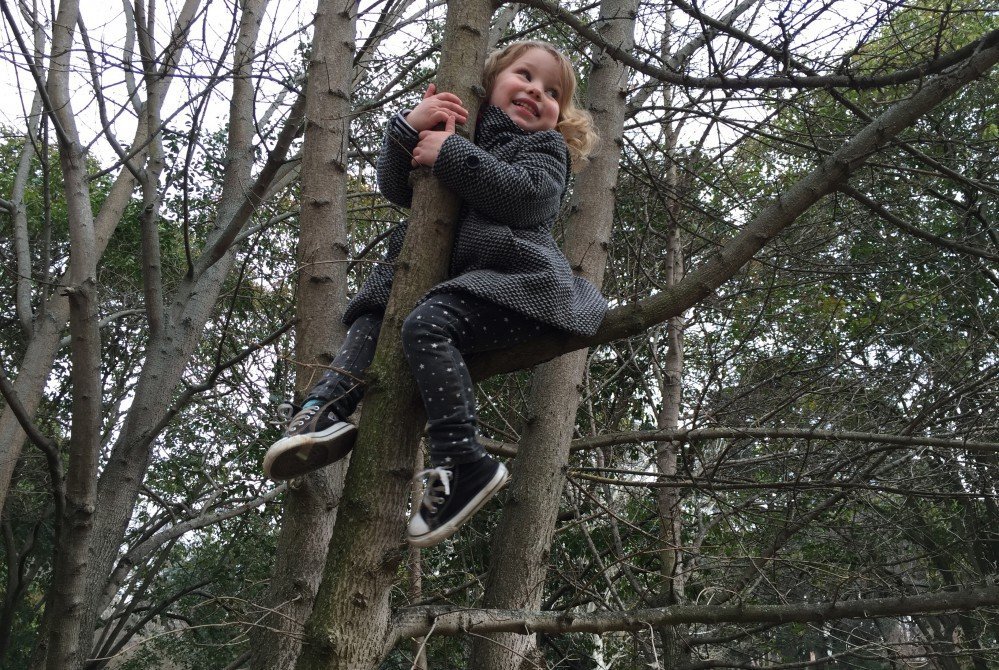 When making the lofty decision to move across the world with our then nearly 2 year old daughter, my husband and I had so many things to consider, as I’m sure most “Abroads” have experienced. The one we weren’t particularly concerned about was the immersion into language for Sophia; it’s widely well known and purported that children during this age group are so perfectly suited for multiple languages. While my husband and I would be working very hard to acquire some Spanish skills, the advice everywhere was that she would just “naturally absorb it”.

We remained very mindful about the transition phase of our adventure. Dora the Explorer was pretty much her favorite program to watch, so we allowed for more screen-time and a few basic Spanish picture books. Sophia has always been early to hit milestones and always very advanced in her communication and speech. At 2 she already had a really good handle on the language and had moved on to singing full lyrics to songs like everyone’s favorite “Let It Go”. We spaced out how much we would talk about the move and give her some expectations and prepped her the best we could for the distance between her and her cousins, grandparents, aunts, and uncles. I weaned her from the breast with enough space before the move so that it wasn’t “too much” change at once. We just wanted to be sensitive without being over anxious. There was so much transition in a span of a few months. We moved a total of 3 times in 2 months, quite a contrast to our cosy life in the same house for nearly a decade!

When we arrived in Madrid, a city we all adored from past trips, the search for an apartment had us living out of a hotel near Retiro park in summertime, a wonderful place to be when on a romantic getaway for two, not necessarily ideal for a long stay with a little one. The hotel, heat and hours were a big adjustment. Honestly, it was a wonderful and exciting time but also a very tiring and trying experience. I believe I exhausted the limits of Google search looking for Mom’s groups, potential schools, meetups and ‘Mommy and Me’ classes. My biggest concern was connecting with other kids/moms so that Sophia could socialize and also start to learn the language.

We lucked out finding a wonderful group of Moms, as well as finding Madrid to be one of the most family-friendly, child loving, city a couple alone with a little one could hope for! Meeting like-minded parents was so wonderfully easy and effortless. There was only one little glitch in my plan: everyone wanted to speak English. This meant that in the playground where I took Sophia to be exposed to children speaking Spanish, if a parent heard either she or I speak they would immediately encourage their children to speak in English. This actually became part of the reason I think it was so easy to meet people, everyone wanted to be friends with the outspoken native English-speaking child to encourage more English with their own children. This was a comfort in the beginning but also a small source of frustration.

When we chose an apartment there was a small school next door (attached to our building) which touted as a bilingual preschool program. The woman who runs the school is extremely friendly, welcoming and helpful and the school was absolutely adorable. We decided to invest in the July summer camp program to further expose Sophia to Spanish, but I was also hesitant to drop her with strangers in a strange place for the first time ever in her small life and have no comfort of English. My personal concerns about her emotional stability, self-esteem and trust will always trump the goal to have her speak multiple languages although they are definitely not mutually exclusive of one another. The teacher assured me the entire program is in English but she would be happy to speak some Spanish to Sophia once she acclimated.

Throughout the month Sophia did not seem to bond with any of the other children, she only bonded with the head of the school. Upon dropping her and attempting some conversations with the other teacher’s aids it became apparent that none of the other teachers spoke much, if any English. The children were all spoken to in Spanish and also with each other. The English consisted of reading books during story time, as well as organized crafts done mainly by the teachers with the children hearing words of what the subject was. It was not a full immersion in English for the Spanish students which after speaking to parents more recently, is a cause for disappointment in their expectations. For me it was more so disconcerting because I had not only done what I hoped not to do (although she did remain closely bonded to the head teacher and loved playtime), but more so because she was being fully immersed in Spanish and not only was she not taking to it, she did not bond with any of the children there. In the end, the school, though adorable, was more of an overpriced daycare facility that I believe Sophia just ended up being a bit mature for. I have received similar feedback from parents that caution is required when choosing from the ‘bilingual nursery schools’ as many of them are simply daycares with little or no curriculum.

It is now almost 9 months since our move and we did decide to place Sophia in a wonderful English school in the end. She has been there for a total of close to 6 months and was moved into the higher age group almost right away. She also went instantly back to her outgoing social self, making connections with her classmates quickly and naturally. We were told for a child who had never before this year been in the environment, she acclimated extremely quickly. The program is excellent and based in play, independence and movement. She effortlessly decided to potty train just 3 months shy of her 3rd birthday on her own, wishes to dress and ready herself along with pretty much everything else.

We still actively seek out play in the parks for exposure to Spanish and my husband and I work to read to her in Spanish and she remembers, recalls and recites all of it. We meet so many people on our travels throughout the city and on the bus daily the elder members always engage in conversation and also on the street. Sophia understands and answers questions posed to her in Spanish, however she only answers in English. She absolutely refuses even a simple “Gracias” and prefers “Thank You” or simply flashing a smile. She is a bright, determined child, she loves to show off her accomplishments, knowledge and talents but for some reason the Spanish language is not one of the one’s she wants to partake in. I keep hearing “Oh one day she will just start speaking in Spanish and you won’t even realize it.” I am not so sure, not because I am impatient or have doubts about her capability, but because I know my child. She is headstrong and extremely particular and specific, she inquires about what the Spanish equivalent of nearly everything is, and practices with us as well as remembers and in the comfort of home will use it, however she has emphatically refused to speak Spanish with nearly all other Spanish speaking people in Madrid. She identifies herself as English and for whatever reason, sees learning Spanish as more of a novelty than a practicality.

Now I know, from all the parents and blogs and articles that I have to choose if I want to force it. Either my husband and myself need to speak consistently and exclusively in Spanish, or she needs to be in an exclusively Spanish school for it to take root quickly. I’m not ready to pull her from a place she is growing and thriving in, and unfortunately, my husband and I just are not on the fast track to being fluent. I will continue to enroll her in afternoon classes a few times a week that are in Spanish as a fun thing she and I can do together but at this point in time I have decided to continue in the English school for the remainder of our stay here.

Why even bother to write about it? Just to give some perspective and some comfort to others that might find themselves hearing how simple and easy it should be for a young child to pick up and begin using a language but finding their actual experience to be very different.

I believe like all things, it is a delicate game of balance. My desire to balance her emotional security with the expansion of her horizons may very well slow her road to becoming bilingual, and I am truly okay with that.